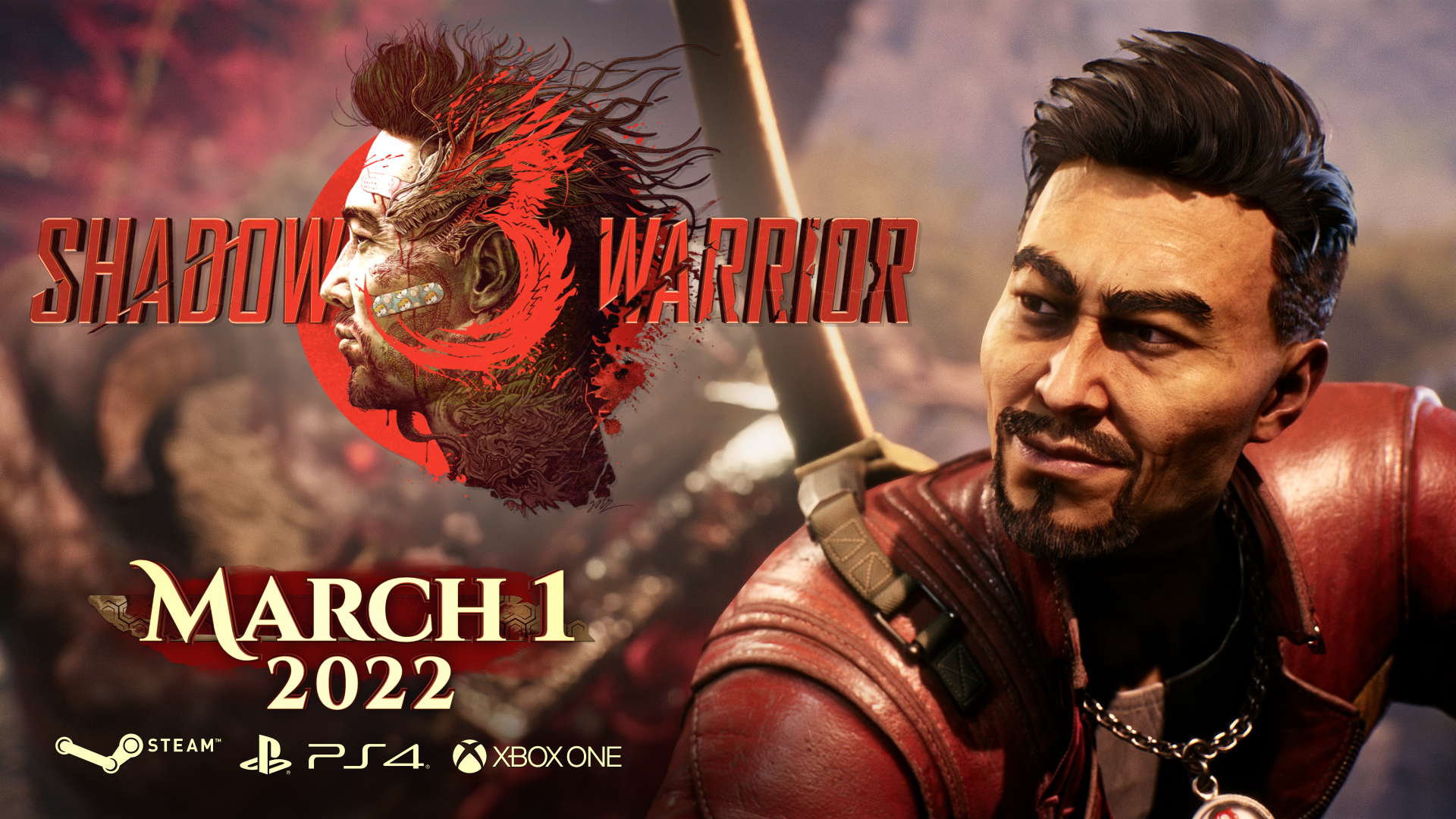 Finely sculpted, athletic developer Flying Wild Hog and their personal trainer Devolver Digital have announced Shadow Warrior 3, a stunning new entry in the global best-selling franchise, will launch its barrage of over-the-top weapons and offbeat humour on March 1st for PC, PlayStation and Xbox. Pre-orders are now open and include the exclusive Koromodako Katana - a weapon so great they gave it eight legs. Console owners will also receive Flying Wild Hog’s 2013 Shadow Warrior and Shadow Warrior 2.

In addition, the team is excited to reveal that actors Mike Moh, Andromeda Dunker, and SungWon Cho have joined the cast as the new voices of Lo Wang, Motoko and Zilla, alongside the returning Alex Dobrenko as Hoji.

Shadow Warrior 3 finds Lo Wang and his former employer turned nemesis turned sidekick Orochi Zilla embarking on an improbable mission to recapture an ancient dragon they unwillingly unleashed from its eternal prison. Armed with a punishing mix of blades and bullets, Lo Wang must traverse uncharted parts of the world to track down the dark beast and push the apocalypse back yet again. All it will take is the mask of a dead god, a dragon's egg, a touch of magic, and enough firepower to tear down the encroaching Shadowlands.

Be sure to visit shadowwarrior.com and follow @ShadowWarrior on Twitter for updates, bad puns, and excellent waffle recipes.